In my experience, I found most money making opportunities take capital to get rolling, so I’m always concerned with using credit wisely.  It’s tough when you have an idea that you think will really work, but you’re facing an uphill climb.  On the flip side, you may really want that new car or designer purse, and you aren’t worried about the cost today.  You know you can pay it off later.  Both of these scenarios lead to the same path: debt.  I minimize this potentially toxic debt by following these guidelines:

Credit cards can make or break any relationship. If your SO doesn’t have the same approach you do, you’ll find yourselves at a crossroads. It’s important that you have the credit card discussion early on in your relationship so you don’t end up fighting over it later on. As long as you’re on the same page, you should be able to keep credit card problems at bay.

Know your limits – not just your credit card limit, but your cash limit on a monthly or quarterly basis. Never spend more in one month than your cash flow over a quarterly period.

Don’t have more than 4 credit cards – I’ve heard people say they have 10 credit cards and an 800 score. That’s great, but you’d probably have an 850 with fewer cards. All of that extendable credit actually makes you a risk. If your limits are high (e.g. more than 4x your quarterly cash flow, or more than your overall annual cash flow), request that the banks lower them to a more reasonable level. Try to keep your limits under your annual cash flow.

Don’t use store cards – ever! There is nothing to be gained from a store credit card other than a large credit limit that’s only useful in the store itself. It’s actually a detriment to your credit, so be careful when the salesperson tells you that price is only good if you use the store card. That’s usually a sign that their profit margins are too low to sustain business without pushing their card on you. Avoid the pressure and use one of your bank cards instead, or buy it elsewhere. 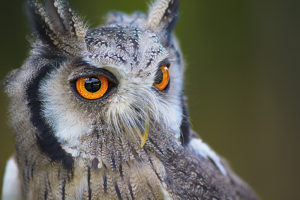 Join a credit union – this is probably one of the best pieces of advice I got early on in my adulthood. I joined a credit union at 21 which helped me with my first car loan and subsequent loans since. Each loan was at least 1 point below the industry average. The only times I have not used the credit union is when the manufacturer’s bank offered a better rate, sometimes as low as 0%.

Say No to Cosigning Anything

Never cosign – I cannot stress this enough. The best way to indirectly ruin your credit is to lend it to someone else. No one cares about your credit score more than you do, so once you lend it out to others, expect it to drop. Even if they make every payment on time, you’re still looking at outstanding balances, and the risk of a lawsuit if payments are missed.