There are many debt traps with long-lasting effects, some that could take years to recover. Here are a few often overlooked debt traps that you should always avoid:

Paying off credit cards is a topic widely covered on the Internet, as well as thousands of self-help books, online courses, credit repair and debt counseling services. Everyone has advice on how to pay off credit cards, and they all start with the same concept – pay off higher rate cards first, then lower cards.  However, the issue is not the order in which they should be paid, but the reason they were overused.  Before you come up with a plan to pay down your debt, look introspectively into why you got into debt, and how you’ll avoid debt in the future.  I’ve seen many people celebrate going debt-free only to find themselves in just as much debt or more 5 years later.  It’s often because life events and unexpected expenses took over.

While payday loans can be a lifesaver for some families, they come with some of the highest rates.  You could end up paying 20% or more per month on the loan, which will add up very fast. 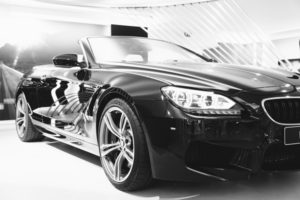 The advice my grandparents gave my father was to buy the most house you could afford, because it will be easier to pay it off over time.  While that may have been true in the 1970s, today’s housing market is not consistent enough to use as a long-term investment.  For example, if you make $60,000 and your affordability is $250,000, don’t spend it all.  Buy a home that’s 70-80% of your affordability, about $200k, so that you can afford all that life has to throw your way.  The extra $250/month you’ll save will go a long way.  If you don’t need it, you can save the extra $3000/year.

Student loans is a topic that cannot be covered in a single paragraph, but the most important rule is: never take out student loans to cover living expenses.  You will end up spending twice as much over the loan for things like rent and food, of which have no return on investment.  These costs can be avoided by attending schools within commutable range for at least the first two years.  As long as you finish your degree at a university, the first couple of years aren’t nearly as important.

Of all the debt traps, this is the worst of them all.  Grandma co-signs her grandson’s new car loan and he only makes the first couple of payments.  Mom and dad bail out a newly divorced parent with an apartment they cannot afford.  These situations arise out of love and empathy but end in fear and frustration.  Debt collectors are as friendly as a lion and have heard every story you could imagine.  Never, ever co-sign a loan.  As long as you live by that rule, you’ll never have to deal with the frustration.

Debt habits are easy to form, and the bad debt habits are hardest to break. Once you get used to spending money in places where you shouldn’t, you can easily overlook the money you’d save on a monthly basis. Keep yourself focused on the long-term and try to avoid or restrain some of these common debt habits:

When signing up for a new checking or savings account, always ask for the no-fee option. If there are minimum balance requirements, look elsewhere. Most banks have account options that are fee-free as long as you don’t overdraft or use foreign banks. The strategy is to not have a lot of extra money sitting in checking and savings accounts. While it’s great to have liquid cash, it does very little for your long-term financial stability and you’re more likely to spend it when it’s not making you money. Keep enough money in a checking/savings combo to cover overdrafts, but no more than a few months living expenses.

If the bank doesn’t give you checks, buy them elsewhere. There are many check printing companies that will give you a much better deal. But with today’s online banking features, there is little need to physically write checks anymore. 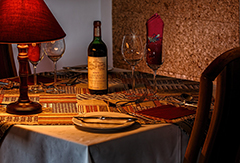 How often do you eat out per month? How much is your average bill? Going out every Friday night and spending $100 is a $400 monthly habit, and more than $5000/year. That’s just from one night out a week! It’s great to spend time with friends, but if your retirement account is not where you need it to be, these are some of the best places to cut back. Try a different restaurant, order the specials, or cut back on the number of drinks you order. There are many ways to cut down the costs of dining out without cutting back on fun.

I hear this term in my social circles far more than I should. There is no reason to make yourself house poor by overspending on your house and cars, or anything else for that matter. When buying a home, make sure you have enough money for a down payment, another 10% to cover moving and renovations, and at least 20% of your net income left over for anything that comes your way. If you spend all of your money buying your house, you’re going to have a hard time enjoying it with no furniture, old carpets, or other things you spend everyday wishing you could change. Don’t put yourself through that frustration just to have your name on a deed.

I can’t tell you the number of times I’ve impulsively purchased something and later realized that the pitch was the only reason I did. Sure, the pitch was great, but what was I doing watching that commercial or looking at that end-cap. It’s all about realizing that the end-caps and commercials have one purpose – to sell you whatever is on or in it. It looks like a good deal? Sure does, that’s the point. Stay above the influence and stick to a list while shopping. If you see something in a commercial you think you can’t live without, do some research on it. You might find that after 15 minutes of reading reviews, you didn’t really want it anyway.

Unfortunately, therapeutic shopping is a topic I’m also familiar with. I’ve lost people in my life that have made shopping a therapy rather than a purposeful destination. It takes courage to realized that you’re therapeutic shopping, and even more courage to put those feelings aside. As easy as it is to say it, it’s much harder to realize how much more that money will mean to you tomorrow, next week, or a year from now. Whatever it is you are buying, it is not important. Your feelings are important, so I encourage you to write those feelings down. Instead of shopping, visit a park and take a walk, or spend the money on a ticket to a museum. Seeing new things will help you process your feelings. If you continue to feel like you’re outside your comfort zone, reach out to family and friends for help. Never feel ashamed to talk about your feelings – you are just as important as everyone else on this earth.

One of my favorites as a kid, reward shopping can be both beneficial and challenging. My parents used to reward us with $25 for a report card showing a B average or better. This was used mostly for new video games, remote control cars, baseball cards, and other things that have little value today. The excitement of getting them at the time, however, is priceless. Giving children a reward for good grades is a great way to exercise reward shopping. Sometimes, you want to reward yourself, like when you’re promoted or get a raise. Don’t be afraid to splurge a little on yourself from time to time, it’s just as important as the rewards we got for good grades. It’s just that we get to choose the amount. Be responsible by capping your rewards and you’ll end up happier with your purchase in the long run.